Looking for something fun to do this weekend? There's always something going on in America's Finest City

TGI Weekend! The holiday season in San Diego is now in full swing. Get in on some merrymaking at those local events and enjoy lots of other things happening around the county, too. Get up. Get out. Play.

Holiday Events at Local Amusement Parks
Times and Locations Vary
It’s beginning to look a lot like Christmas in our city! From bright lights at Balboa Park and our waterfront, to special holiday events at landmarks and amusement parks, there’s a whole lot of jolly happening in San Diego now through the end of 2019. Check out those events here.

Rady Children’s Ice Rink at Liberty Station
10 a.m. to 10 p.m. (through the holiday season), Liberty Station
Ice skating in sunny San Diego? Believe it or not, it’s possible. The Rady Children’s Ice Rink at Liberty Station runs from 10 a.m. to 10 p.m., seven days a week, throughout the holiday season. The rink expects more than 40,000 visitors to strap on those ice skates and visit over the next few weeks; the only day it’ll be closed will be Christmas Day (it was also closed on Thanksgiving this week). Tickets can be purchased in person at the ice rink and cost $15 for adults and $13 for kids; that price includes skate rental and helmets. NBC 7 and Telemundo 20 are among the sponsors supporting this skating rink this year. Enjoy!

'Cannibals: Myth & Reality'
10 a.m. to 5 p.m.,San Diego Museum of Man
The San Diego Museum of Man in Balboa Park explores the world of cannibals in this unique (and gore-free) exhibit. “You’ll discover that cannibals aren’t who you think they are,” the museum’s website states. “They’re warriors from many cultures, European kings and queens, American and European sailors, American colonists, accident survivors, the sick, and more.” One of the stories highlighted in the exhibit is that of a group of Uruguayan rugby players who, trapped in the Andes Mountains, resorted to cannibalism to survive. “Cannibals: Myth & Reality,” is included in the price of admission to the museum, which costs $13.

'Natale: Journey to the North Pole'
3 p.m. and 6 p.m. (through Jan. 6), South Promenade at Liberty Station
Hailing from Spain, “Natale: A Journey to the North Pole” is a holiday-themed, circus-style spectacular running through Jan. 6, 2020, at Liberty Station. The production – created by Spain’s La Fiesta Escenica (LFE) – features acrobats and dancing animatronic polar bears. It follows the story of a girl named “Natale” as she sets off on a journey to the North Pole. Dozens of performances of “Natale” are scheduled for Liberty Station over the next few weeks on select dates, either once or twice a day, usually at 3:30 p.m. or 6 p.m. Rain cancels the show, so check the website before heading there. Along with the show, Liberty Station’s South Promenade (2850 Roosevelt Rd.) has been transformed into a Christmas-themed village boasting train rides, a climbing wall, a bounce house, and vendors selling holiday treats, merch, and food. Tickets to “Natale” start at $29. 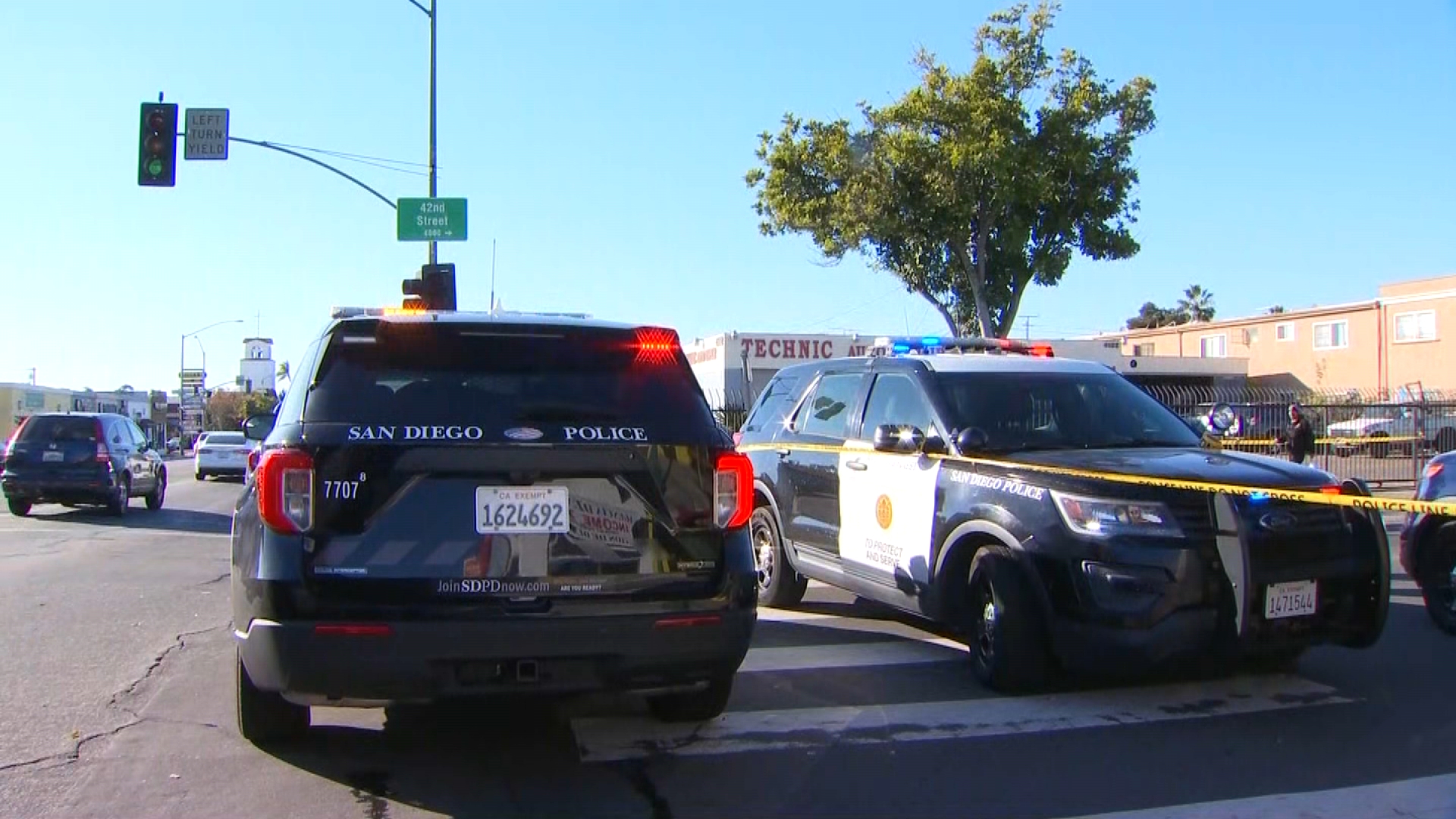 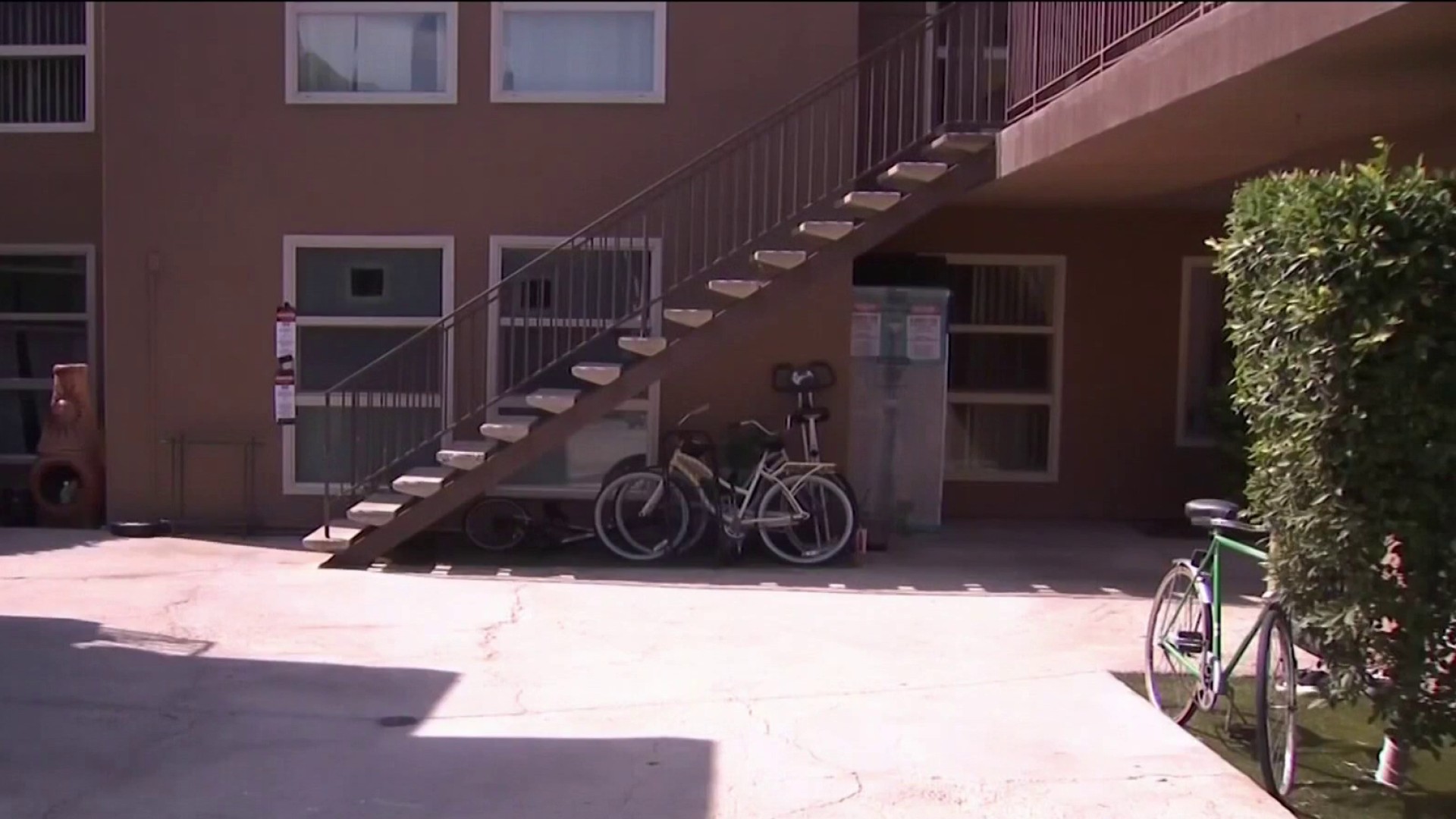 Outdoor, Seasonal Ice Skating in San Diego
Times and Locations Vary
Although it’s (usually) sunny in San Diego – even during the holiday season – outdoor ice skating rinks still exist in America’s Finest City. Three major seasonal rinks at the Rady Children’s Ice Rink at Liberty Station, the Viejas rink at the Viejas Outlets Center in Alpine, and Skating by the Sea at the Hotel Del Coronado. Skate time and prices vary by location, so check out our guide before you go. Happy spirals and spins, San Diego.

SDUSD Art Gallery at Seaport
11 a.m. to 3 p.m. (Friday through Sunday), Seaport Village
Seaport Village and the San Diego Unified School District have joined forces to launch a student-led art gallery located within Seaport Village. The 640-square-foot SDUSD Art Gallery at Seaport is in the easternmost area of the waterfront landmark, closest to the San Diego Convention Center. The gallery will showcase a rotating selection of artwork curated from more than 12,000 San Diego students in Pre-K to 11th grade. The gallery is open each week, Friday through Sunday, from 11 a.m. to 3 p.m. Entry is free.

Shoes & Chews: Carla & Linda’s Walking Food Tour
1:30 p.m. to 4:30 p.m., South Oceanside
Oceanside is experiencing a bit of a restaurant renaissance, and these “Shoes & Chews” walking food tours allow you to taste what’s cooking in the waterfront city in San Diego’s North County. Friday’s three-hour foodie tour – led by locals Carla and Linda – will span south Oceanside, with stops at PCH Bar & Grill, Panca, Privateer and Wrench & Rodent. Tickets cost $59 per person (foodies 16+ only) and include tastings of specially chosen items, plus a little history lesson on each restaurant, chef, and the surrounding area. Shoes & Chews started in 2015; today, the tour hits the streets of Oceanside every weekend, usually Friday, Saturday, and Sunday.

Holiday by the Bay
4 p.m. to 9 p.m., Hilton San Diego Bayfront
Holiday by the Bay is in full swing at the Hilton San Diego Bayfront now through Dec. 31. The event brings a host of seasonal activities to the hotel, including Friday night cookie and stocking decorating, holiday movies at the hotel’s Promenade Place, and even the “Naughty or Nice Happy Hour” at the Odysea Lounge for the 21+ crowd.

Hops on the Harbor: Stone Brewing
7 p.m. to 10 p.m., Flagship Cruises & Events
Enjoy a cruise around the San Diego Bay featuring sights, bites, and craft brews. Every month, Hops on the Harbor highlights a local brewery and, this December, it’s the best from longtime local favorite, AleSmith. This month’s Hops on the Harbor menu will feature four 6-ounce tasters of AleSmith beers, expertly paired with four courses. For example, a Braised Beer Short Rib with parmesan risotto and roasted, crispy pork belly Brussels sprouts will be paired with the Nut Brown, an English-style brown ale. A Rosemary Grilled Chicken dish with pomegranate glaze and roasted garlic mashed potatoes will be paired with the brand’s San Diego-style IPA, Luped in IPA. The dinner cruise boards at 7 p.m. from 990 North Harbor Dr. and sails past the San Diego skyline, USS Midway, Star of India, and other Maritime Museum ships and the Coronado Bay Bridge. Tickets cost $84.50 for adults and $50.70 for children ages 4 to 12; kids 3 and under are free. Reservations are recommended.

'Once Upon a Time in Hollywood'
8 p.m. (Friday through Sunday), Cinema Under the Stars
The starstudded 2019 flick starring Brad Pitt, Leonardo DiCaprio and Margo Robbie (to name drop a few A-listers), hits the outdoor movie screen this Friday and Saturday at 8 p.m. at Cinema Under the Stars in Mission Hills. Watch as all of London falls in love during the holiday season, and how every character’s story is – in one way or another – intertwined, reminding us that, really, all we need is love. Since the theater on Goldfinch Street is outdoors and it can be a bit chilly at night, the venue offers blankets, space heaters and other amenities to keep patrons warm and cozy. Admission is $18 at the box office, or you can reserve your seat in advance for $20.

'Mamma Mia!'
8 p.m., Coronado Playhouse
This live production of “Mamma Mia!” wraps up its run at the Coronado Playhouse this Sunday. Remaining performances are at 8 p.m., and there's also a 2 p.m. show on Sunday. Tickets range from $22 to $28, depending on the day.

Dr. Seuss' How the Grinch Stole Christmas!'
11 a.m., 2 p.m. and 5 p.m. The Old Globe
A longstanding tradition at The Old Globe, 'Dr. Seuss’ How the Grinch Stole Christmas!' is running at the venue at Balboa Park through Dec. 29. This Saturday, there are three performances: 11 a.m.; 2 p.m.; 5 p.m. This sweet adaption of the story of Cindy Lou Who, Whoville, and how the little girl and the happy town helped the Grinch’s heart grow, is known for its colorful sets and whimsical music. You can take a sneak peek at the show here. Now, pass the Who-Hash, please.

'Elf'
6 p.m., Manchester Grand Hyatt San Diego
Catch a jolly screening of the 2003 Will Ferrell flick about Buddy the Elf on the scenic rooftop at the Manchester Grand Hyatt. The screening is part of the hotel’s ongoing Rooftop Cinema Club – movies shown under the stars, set alongside stunning views of the San Diego skyline. Tickets start at $17 per movie; you can self-park in the hotel’s garage for four hours for free if you buy food (other than popcorn or candy) or drinks at the Rooftop Cinema Club.

Hike at Cleveland National Forest: Pacific Crest Trail
8 a.m., Cleveland National Forest (Pacific Crest Trail, Agua Caliente Creek)
This difficult, 8-mile hike led by “Canyoneers” – volunteers with the San Diego Natural History Museum – will trek through a section of the Pacific Crest Trail along Agua Caliente Creek, where hikers will likely see seasonal wildflowers. The hike begins at 8 a.m. and is scheduled to end by 3 p.m.; the group will meet at a parking area just past mile marker 36.5 on state Route 79. The hike is free, but a National Forest Adventure Day Pass is required to park. By the way, the Canyoneers hiking program offers 80 free, guided hikes around San Diego County this season. Learn all about that here.

Guided Nature Walk
9:30 a.m. to 11 a.m., Mission Trails Regional Park
Start your Sunday with a little nature walk at Mission Trails Regional Park. A trail guide will take visitors through one of three trails – the Oak Grove Loop, the Visitor Center Loop, or the Riverside Grinding Rocks – while talking about the plants, animals, geology, history, and ecology of the park. These weekly guided walks are free and open to the public and begin at the Visitor Center. Wear sturdy shoes and bring water, a hat, and sunscreen. Rain cancels the walk.

Photos With Santa at Seaport Village
11 a.m. to 5 p.m., Seaport Village
Santa Claus is in. The jolly man himself is hosting photo sessions at the landmark along San Diego’s waterfront now through Dec. 24 – just check the Seaport Village website for dates and times. This Sunday, Santa will listen to Christmas wishes and pose with little ones from 11 a.m. to 5 p.m. His little holiday set-up can be found where the old Upstart Crow bookstore used to be, across the way from the Harbor House Restaurant and near the parking lots. For $35, you get a keepsake USB loaded with several photos.

48th Annual San Diego Bay Parade of Lights
5 p.m., Multiple Viewing Locations Along San Diego Bay
Boats decked out in glimmering, festive lights cruising the San Diego Bay can only mean one thing: the beloved San Diego Bay Parade of Lights is back! Sunday marks round two of the longtime tradition, which brings approximately 80 boats covered in twinkling lights and holiday decorations to the San Diego Bay to delight thousands of onlookers. The parade starts at 5 p.m. at Shelter Island and will take about an hour to pass any given point along the route. Spectators tend to line up early to get the best view along the waterfront. If you’re planning on heading to the parade, here’s everything you need to know about how to get there.

Free or Cheap Things to Do in San Diego
Times and locations vary
Looking to save some cash, but still enjoy the city? In San Diego, there are still plenty of activities to enjoy for free or on the cheap. Go for a hike at Torrey Pines State Park or Cowles Mountain, stroll Balboa Park, try a new craft brewery, admire the murals of Chicano Park, or read a book at a downtown park. Get out there and explore America’s Finest City.

Do you love the weekend in San Diego? Are you looking for things to do? Join our Facebook group, Your San Diego Weekend. We're sharing weekend events, things to do with the whole family, weather, the newest restaurant openings, and more! Click here.